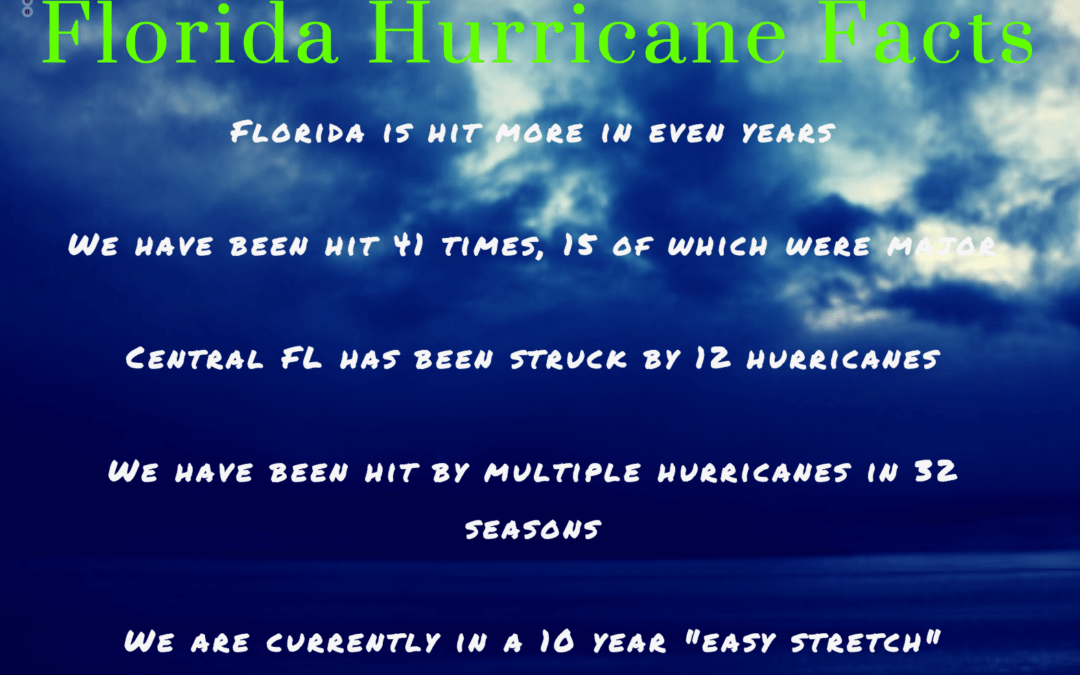 As we’ve been discussing all season, hurricanes are an obvious natural threat that we must deal with as Florida residents. Hurricanes are a time when risk management solutions pay for themselves in both money and peace of mind. While we are currently enjoying a 10-year draught of storm landfalls here, as well as a very quiet tropical storm season, we know “it only takes one”.

They Are Nothing to Mess With!

When a storm is approaching, it’s important to know the true impact these storms can have. The heaviest rains and strongest winds take place in the eye wall, and slow moving hurricanes produce more rainfall and can cause more damage from flooding than faster-moving storms.

The hurricane season in the Atlantic Ocean basin (including the Gulf of Mexico and Caribbean Sea) runs from June 1 through Nov. 30.